REPORT: Pfizer’s coronavirus vaccine killed 40 times more old people than the virus itself would have

(Natural News) The experimental Wuhan coronavirus (Covid-19) vaccines from Pfizer that were rushed into production and distribution via Donald Trump’s “Operation Warp Speed” program are killing far more elderly people than the so-called “virus” itself would have.

A re-analysis of data provided by the Israeli Health Ministry concluded that Pfizer and BioNTech’s messenger RNA (mRNA) gene therapy injections have already killed “about 40 times more (elderly) people than the disease itself would have killed” during a recent five-week vaccination period.

Piggybacking on research from back in January which found that Chinese virus vaccines are “not safer” than the virus itself, this latest study indicts the Trump vaccines for causing more death rather than preventing it.

Dr. Hervé Seligmann, a faculty member at Aix-Marseille University in France demonstrated using a full mathematical analysis that among “those vaccinated and above 65, 0.2% … died during the three-week period between doses, hence about 200 among 100,000 vaccinated.”

Seligmann and his colleagues found that the situation is even worse for younger people who are jabbed with Pfizer’s China virus injections. Among those under the age of 65, the vaccines killed 260 times more people than would have died from the virus itself.

“This is to be compared to the 0.19 per 100,000 dying from COVID-19 (who) are not vaccinated … Hence the death rate of this age group increased by 260 (times) during this five-week period of the vaccination process, as compared to their natural COVID-19 death rate,” they added.

Seligmann, who also holds a biology degree from the Hebrew University of Jerusalem, declared that he and his team “have no conflicts or interests other than having children in Israel.”

Seligmann and his colleague went on to stipulate that these figures are likely to be far too low because they only account for deaths that occurred in “that short time period” and do “not include AVC and cardiac (and other) events resulting from the inflammatory reactions.” The numbers also do not “account for long-term complications,” he further explained.

In other words, it is just plain stupid to get a Wuhan coronavirus (Covid-19) vaccine based on the science. The “disease” holds almost no risk of complications for the vast majority of people that “contract” it, and yet millions of people out there have been convinced to take experimental “vaccines” that their manufacturers are not liable for in the event of injury or death.

Keep in mind that these reported injuries and deaths only include those that occurred shortly after the vaccines were administered. It remains to be seen how these vaccinations affect everyone else mid- and long-term.

As revealed by America’s Frontline Doctors (AFLDS), the antibody-dependent enhancement (ADE) effects of these Chinese virus vaccines do not provide any protection whatsoever against the virus and will actually make people who receive them more susceptible to disease later on down the road.

“Instead of protecting the person, [it] causes a more severe or lethal disease when the person is later exposed to SARS-CoV-2 in the wild,” AFLDS determined. “The vaccine amplifies the infection rather than preventing damage.”

Because of this, AFLDS is strongly discouraging people against getting any of these experimental vaccines. Recognizing the dangers involved, Seligmann and his fellow researchers are doing the same, calling this mass vaccination campaign “a new Holocaust.”

More of the latest news about the Wuhan coronavirus (Covid-19) scamdemic can be found at Pandemic.news.

Sources for this article include: 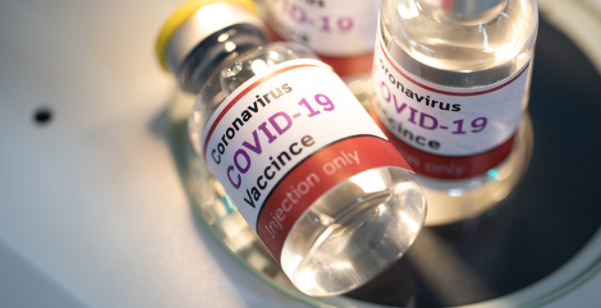 (Natural News) The United States Centers for Disease Control and Prevention (CDC) is investigating the death of a Nebraska man who died not long after getting injected for the Wuhan coronavirus (Covid-19).

Joining the more than 1,170 other corpses that have also reported to the CDC and the Food and Drug Administration (FDA) as post-vaccination deaths, the man, who was in his late 40s, had just received his first dose of Pfizer and BioNTech’s China virus vaccine, which received emergency approval last year under Donald Trump’s “Operation Warp Speed” program.

The man had been living in a long-term care facility, and the mainstream media was quick to note that he had “several coexisting diseases and conditions.” Had the man simply tested “positive” for Chinese germs, however, the media would have ignored these coexisting diseases and conditions and blamed his “positive” test on people who do not wear masks.

“Typically, Covid-19 vaccine deaths can be attributed to anaphylaxis and occur within a relatively short period after the vaccine is given, which is why monitoring is done,” stated Dr. Gary Anthone, Nebraska’s chief medical officer.

“While I cannot speculate on this case, when individuals die days or weeks after the vaccine has been administered, it is more likely due to other underlying factors,” he added.

In other words, Anthone is playing the political correctness game when it comes to Covid-19 vaccination. The jab is safe and effective, the establishment claims, which means that any reported deaths from it must have been caused by something else.

The man’s death was reported in the government’s Vaccine Adverse Event Reporting System (VAERS), which tracks injuries and deaths caused by vaccines. It is believed that VAERS only captures fewer than one percent of all vaccine-caused injuries and deaths.

“This process allows the CDC and FDA to closely monitor and assess any adverse events, for ongoing safety evaluations,” the Nebraska state health department explained in a statement.

As expected, the CDC is trying to convince the public that Chinese virus vaccines are not related to these types of deaths. The private corporation posing as a government agency claims that there is no pattern of death associated with the jabs.

Meanwhile, Anthone is warning people with “high-risk conditions” to first consult their medical providers before agreeing to get vaccinated for the Chinese infection.

The now-deceased Nebraska man fell into the younger age category, meaning under 65, which the Israeli Health Ministry recently determined to be at an extremely low risk of dying from the virus itself.

In fact, the data shows that 260 times more young people are dying from the jabs than would have from the virus, making the jabs entirely unnecessary and extremely dangerous.

People would be much better off just living their lives, boosting their immune systems naturally, and turning off the television and social media. By doing this, they will avoid falling prey to the endless media fear-mongering about the virus, and the alleged need to get vaccinated right away in order to stop it.

“Today’s crazy rationale proposes: Take a ‘cure’ that’s far worse than the ‘ailment,'” wrote one of our own astute commenters. “Look what they get away with these days: Pitching invasive inoculation of poisons bound to inflict acute and chronic diseases for a lifetime.”

“And the sheeples wear their masks in silent, albeit idiotic, support for this sinister plot. It is indeed dangerous to speak out in isolation, but We the People en masse shall prevail because we are the good who will triumph over evil.”

To keep up with the latest figures on injuries and deaths caused by Wuhan coronavirus (Covid-19) vaccines, check out Pandemic.news.

Sources for this article include:

Born 1984 in Finland, Norwegian, lives in Österbybruk, Sweden, poet, ecotheologian and ecophilosopher (though not an academic such), is also called "The monk" ("munken", he is monk in a self-founded monastery order, "Den Heliga Naturens Orden", "The Order of the Holy Nature"), he calls himself "Forest Man Snailson" (Skogsmannen Snigelson) because of certain strong ties to Nature and the animals, founded among other things through many years of homelessness living in tent, cot, cave and several huts in the Flaten Nature Reserve and the Nacka Reserve outside of Stockholm. He debuted as a poet in 2007 with "Över floden mig" ("Across the river of me"), published by himself, he has also published an ecotheological work, "Djurisk teologi. Paradisets återkomst" (Animalistic theology. The return of paradise") on Titel förlag 2010. He has published the poem collection "Naturens återkomst" (The return of Nature) on Fri Press förlag 2018 together with Titti Spaltro, his ex-girlfriend. Lars' professions are two, cleaner and painter (buildings). Before he was homeless, but right now he lives in Österby boende, a group home for mental patients 45 km northeast of Uppsala. His adress is: Harviksvägen 6A, 74830 Österbybruk, Sverige. One can reach him in the comments section on this blog. His texts on this blog are without copyright, belonging to "Public Domain".